One of the most thrilling films to have been launched in the last decade is called “A Dangerous Method”. The movie was directed by David Cronenberg and taken from a screenplay written by Christopher Hampton.  The whole film is pretty breathtaking with some exciting and memorable scenes throughout.  The whole team at Wirral Arts sat down during the Covid-19 pandemic and watched the film, not once but twice!  If we were able to award a BAFTA or an Oscar, then we would have gladly.

The cast is pretty impressive too with Keira Knightley, Sabina Spielrein, Michael Fassbender and Sarah Goden. 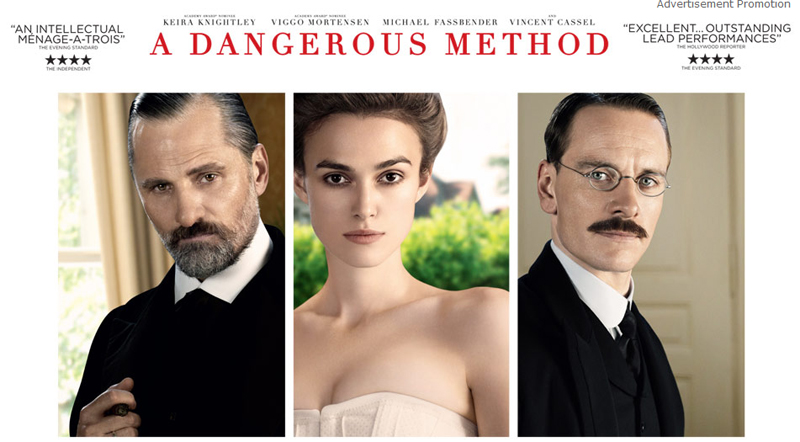 The graphics and sounds in this movie were as good as any you will see with a Blockbuster movies, with creative flair in abundance throughout nearly every scene of the film.

The inclusion of any film that has Sigmund Freud within the story line, opens up everyones curiosity as to what direction this film will go in.

We have added a short Official Trailer below:

A Dangerous Method Film is based around a Russian named Sabina, who is admitted to Carl Jung’s hospital looking to find a cure for her illness.  This is where the film takes off down the rabbit hole, via Jung’s eagerness to introduce Sigmund Freud’s theories and solutions.  We don’t want to add any more of a story line to this and we don’t want to ruin the story line. We would like to congratulate Lionsgate Films and Paramount for creating this amazing film.